This system has been developed in our company and is being used in many different areas for decades. 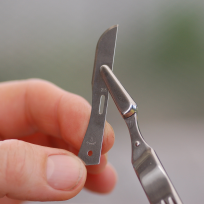 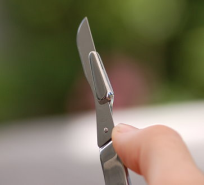 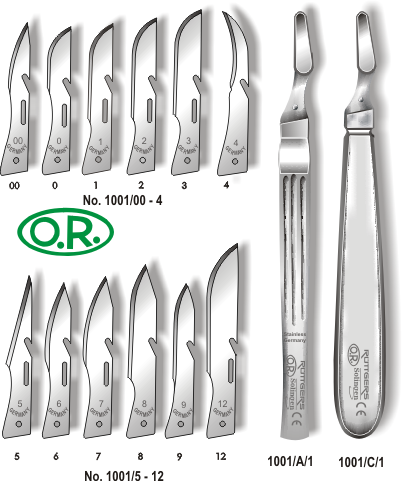 The main application areas of these blades are

All blades are available in sterile and non sterile in 100 piece packages. 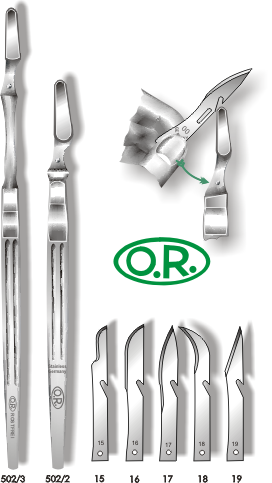 At special cutting techniques the blade mounting at the OR-grip can be used to apply a finger on it to exert more controlled pressure while cutting.

It preserves the fingers, in contrast to the rather sharp-edged, separate backside of the blade, which can be used to apply a finger on it at the “long hole”- system.

While the blade is being loaded sidewise as it happens during special cutting techniques, especially at chiropody or technical areas, the OR-System performs much better than the “long hole”- system.